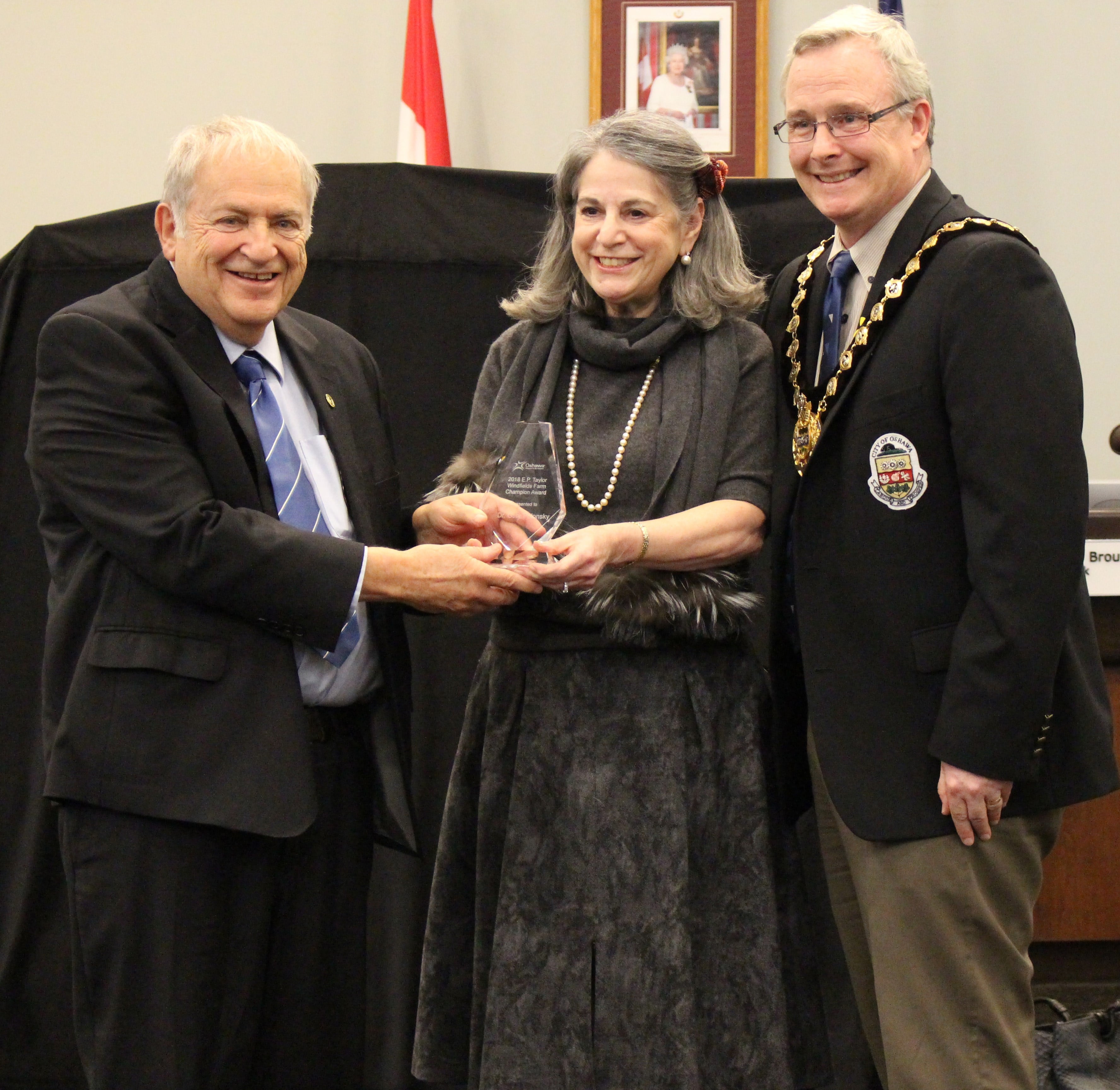 The City of Oshawa honoured the legacy of some of Oshawa’s most impactful community members and organizations tonight.

The “Honouring the Windfields Farm Legacy” program was approved by Council in 2016 as a commitment to preservation, education, events and commemoration by the City, UOIT and others. The program has already advanced and completed a number of items to honour Windfields Farm, E.P. Taylor and Charles Taylor and their legacy, including but not limited to:

Today’s event further supports the implementation of this Legacy program. The E.P. Taylor/Windfields Farm Champion Award will be presented annually as a reminder that Oshawa’s future is built on the legacies of the men and women like E.P. Taylor: the innovators, leaders and champions.