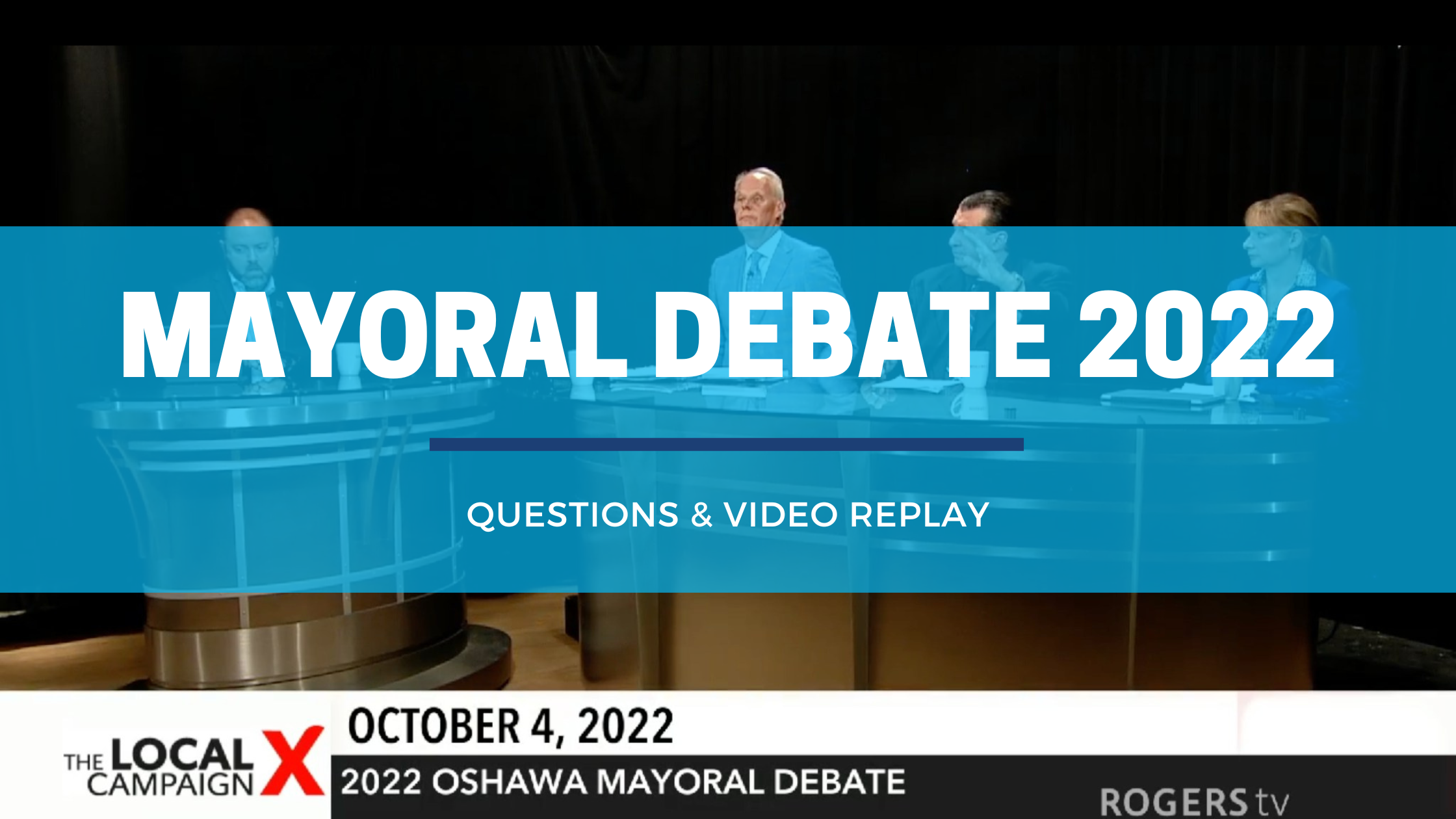 If you were unable to catch yesterday’s televised Oshawa mayoral debate, no worries – you can watch the video replay here below.  We’ve also included the questions so you can review them ahead of hearing the candidates’ answers.

Every election is an important election, and we encourage every eligible voter to ensure that they either take advantage of advanced polling or be sure to vote at your local polling station on Monday October 24th, 2022.

The Greater Oshawa Chamber of Commerce, while a private member-funded, non-government, apolitical not-for-profit, is very pleased to make public election debates available for as many interested citizens as possible.  In service of helping more people to make informed choices in each election, we will always endeavour to provide the greatest access to the content that we can possibly offer.