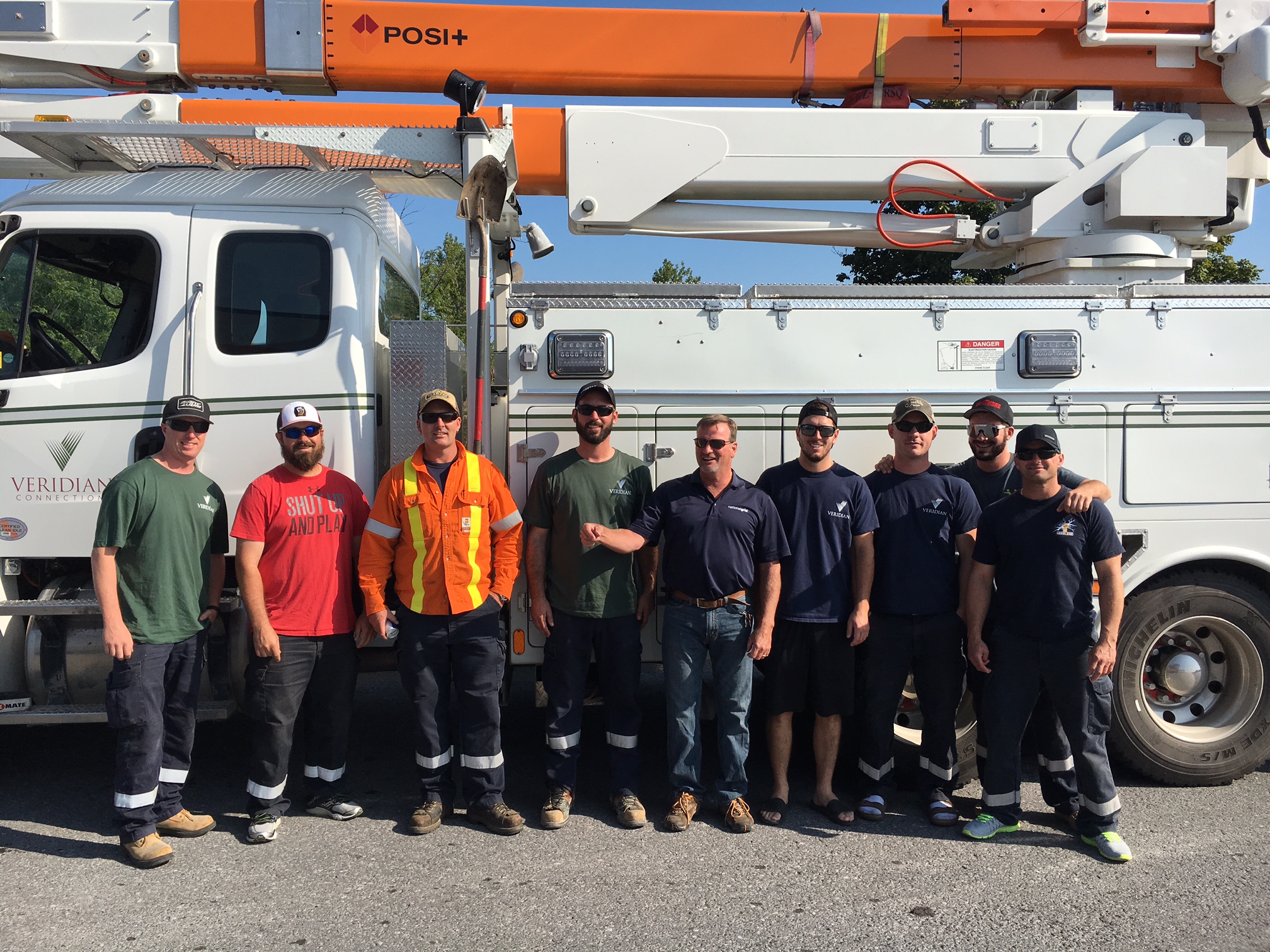 Ajax, ON – Early this morning Veridian Connections (“Veridian”) dispatched a crew of nine experienced linepersons and five of its utility vehicles to Atlanta to assist with power restoration efforts currently underway in the southern U.S. after Hurricane Irma caused extensive flooding and damage to infrastructure.
Nearly 4.5 million homes and businesses lost power in the storm that made landfall on Sunday.

According to Peter Petriw, Veridian’s Vice President of Engineering, “The crew is expected to cross into the U.S. this afternoon and make their way to Atlanta where they will receive direction from Sparks Energy – an Alabama-based company that provides storm response and energy restoration services – to help restore power to the estimated 650,000 customers currently without power in the state of Georgia.”
Veridian joins a growing number of utilities from Ontario that are, or will soon be, assisting with power restoration in the southern U.S. The utility has a long tradition of helping other utilities – Canadian and American – during catastrophic events.

Small Businesses: The Backbone of Our Economy