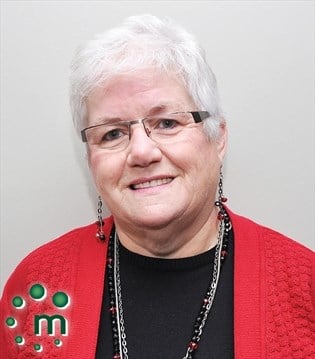 The Regional Municipality of Durham would like to advise residents that Gerri Lynn O’Connor has been appointed to the position of Regional Chair. O’Connor will be officially sworn in shortly, making her the fifth Regional Chair, and the first female to hold this role.

O’Connor has 34 years of municipal experience, including 29 years as Mayor of the Township of Uxbridge. She is a long-time resident of Durham Region, having moved to Uxbridge, at the age of eight, from her hometown of North Bay. After earning a diploma from Shaw College, she held positions as assistant to a buyer for a major corporation and at a recording studio. Her interest in politics, however, was spearheaded while working as a reporter for a local newspaper; covering the major decisions of Uxbridge Council.

Throughout her time on Durham Regional Council, O’Connor has served as the Chair of the Planning & Economic Development Committee for 17 years. She was also Chair of the Toronto Region Conservation Authority (TRCA) for eight years.

Under her leadership, Uxbridge has had significant improvements, including infrastructure (roads, culvert and sanitary sewer projects), enhanced community facilities (a new fire hall, outdoor recreational spaces, and more), a designation as the Trail Capital of Canada (due to a network of trails that link to the Trans-Canada Trail and the Oak Ridges Trail), additional economic development opportunities, strong financial reserves, and various other initiatives.

O’Connor will hold this position until November 30, 2018 (the current term of council).

In Ontario, the Municipal Act sets out the responsibilities of the Regional Chair. The Regional Chair is both the head of council and the Chief Executive Officer (CEO) of the Region. This position has a very important role to play—acting as the head of Durham Regional Council and Chief Executive Officer of the municipality; presiding over all meetings of Regional Council; being a member of all standing committees; promoting and advancing the Regional position on matters; and representing Durham Region on various boards, committees and organizations; and other significant duties. To learn more, please visit durham.ca.

Spotlight Ontario: How the Federal Parties Stack Up

Business Confidence Up In Durham Region