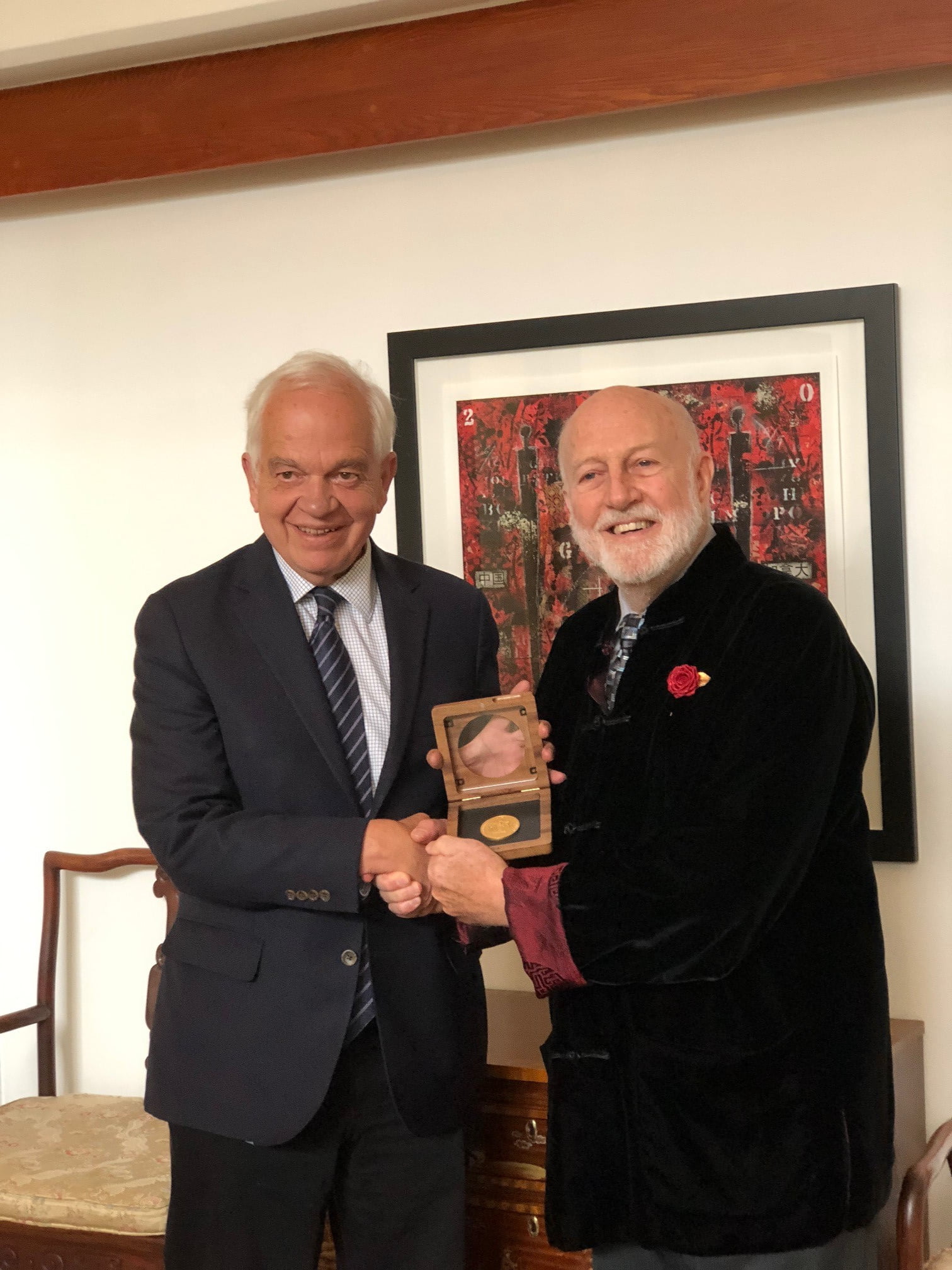 EHC Global (EHC), a leading manufacturer of components and integrated solutions to the vertical transportation industry, is pleased to announce that Ron Ball, EHC’s founder, has been selected as a recipient of the prestigious Governor General’s Medallion in recognition of his successful career and achievements as well as his many contributions to international trade and the economies of both Canada and China.

“I would like to congratulate you on receiving the Governor General’s Medallion,” says The Right Honourable David Johnston, Governor General of Canada from 2010 to 2017. “Your work to foster a strengthened relationship between Canada and China is appreciated by so many. I appreciate the efforts taken to build a successful company in both countries, allowing our peoples to flourish economically. Thanks to your efforts and those of like-minded citizens, I have no doubt that Canada’s ties in the region will continue to grow.”

Ron Ball and his family received a special invitation from The Honourable John McCallum, Ambassador of Canada to China, to attend a luncheon at the Official Residence of the Embassy of Canada in Beijing. Ron visited the Official Residence, accompanied by his wife Olivia and daughter Alexandra, and enjoyed a formal lunch and social afternoon in the company of Ambassador McCallum, his wife Nancy Lim, and Mr. Kan. Ambassador McCallum also presented Ron with the Governor General’s Medallion on behalf of the Governor General of Canada.

Canada and China share a long-standing relationship on many levels, including political, commercial, scientific, cultural and academic. More than 1.3 million Canadian residents are of Chinese origin and over 110,000 Chinese students studied at Canadian educational institutions in 2014. Chinese is also Canada’s third most spoken language after English and French, and immigrants born in China, including Hong Kong, form one of the largest groups within Canada’s immigrant population.

Established in 1977, EHC Global Inc. (EHC) is a leading manufacturer of handrails, rollers and lift components for escalators, elevators and moving walks. Each day, EHC helps millions of people all over the world move safely and comfortably in public transit systems, shopping centers, airports, office buildings, hospitals, condominiums and other metropolitan spaces. EHC is committed to developing sustainable solutions that optimize safety, enhance value and meet the challenging demands of OEMs, designers, building owners and facility managers. To accomplish this, EHC employs top material scientists and engineers and continues to invest in R&D, product development, and next-generation polymer and composite extrusion technology. EHC has manufacturing and distribution facilities in Canada, Germany, Spain, France, Brazil and China and a global network of sales offices including Barbados, Mexico, Slovakia, United Kingdom and the USA as well as EHC partners in all major markets globally. For more information about EHC, visit www.ehc-global.com.

It Is Time To Make A Decision On Pickering Airport