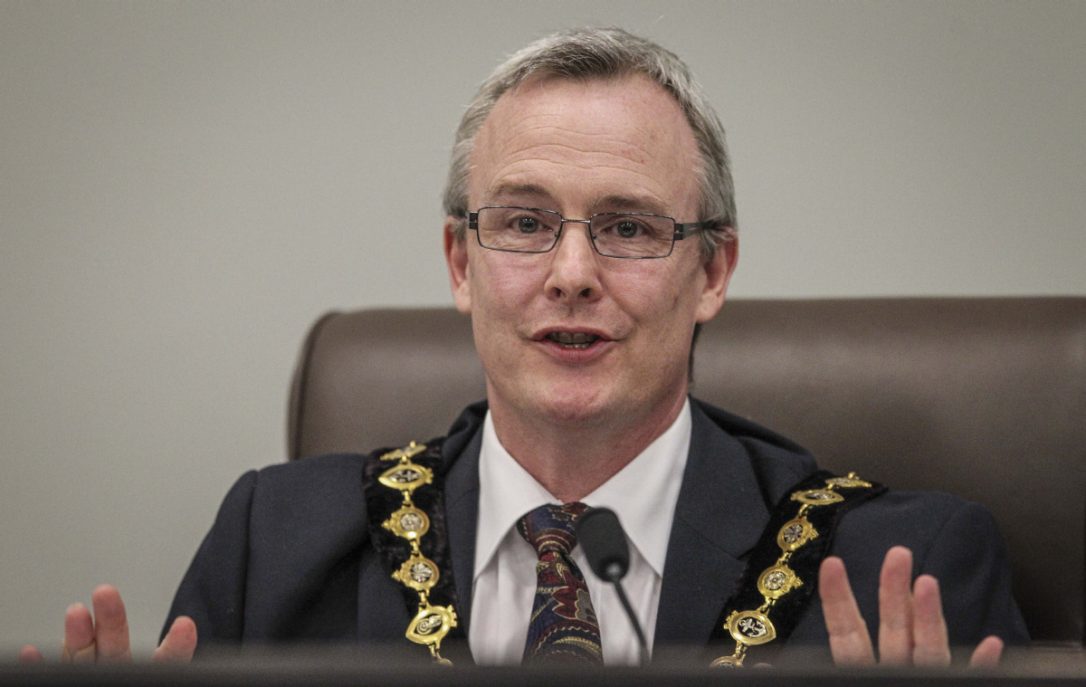 Oshawa is part of four of the top five public infrastructure projects currently underway in Canada and has a low unemployment rate.

Oshawa Mayor John Henry pumped up the business community at his annual state of the city address to the Greater Oshawa Chamber of Commerce.

“The new Oshawa story is one of economic success,” he said, adding that last year, there were 2,700 jobs and 477 new companies created in Oshawa.

Oshawa is part of four of the top five public infrastructure projects currently underway in Canada: the Hwy. 407 extension, the Darlington nuclear plant refurbishment, the GO extension to Bowmanville and the Port Hope area nuclear remediation.

The mayor said 2017 was a blockbuster development year for the city with more than $600 million in building permits, a year where the city set 10 building records.

Henry said 11 new businesses opened in the downtown last year, while new additions this year include Lava Yoga and Taleggio Café, which opened last week in the former Tutto space on Simcoe St. He also said there are plans for a new restaurant in the space formerly occupied by Fazio’s.

The city is working toward promoting downtown Oshawa as a technology hub and has expressed interest in the Canada Post building at Simcoe and Athol Sts., as Canada Post is moving to a new facility on Ritson Rd.

“This building is ideal for repurposing and establishing an innovation hub that would support the growth of tech companies across the region,” Henry said of the existing Canada Post building.

Henry addressed some of Oshawa’s challenges, including the need for affordable housing and the opioid crisis. He said the federal and provincial government need to step up on those two issues, which are not unique to Oshawa.

“Our focus for 2018 is to continue our economic transformation, create jobs and address social issues, which can only be done through our collaboration with our partners and with financial support from the provincial and federal governments.”